What is APK? Is it safe for my phone?

Android users must have encountered an APK file at some point. What is an APK? Why it’s important, and how does it work?

Owners of Android devices can customize their devices’ appearance and use them to their fullest potential. Live wallpapers, tweaking many settings to customize the look of your menu, and adding additional settings can be done with third-party launchers. They are mostly APK files for Android phones.

What Is an APK File?

Apk files stand for Android Package Kits and are used by Android to install and distribute apps. For an app to be correctly installed on your device, it contains all of the components needed. Having an APK extension means that the file can be used as a distribution file for apps based on the Android operating system by Google.

They are usually downloaded directly from the Google Play store, but they can also be acquired from other websites. Android distributes and installs mobile applications in this package file format. AndroidManifest.xml, classes. dex, and resources. arsc are all found in a typical APK file.

Installing software on Android is similar to Windows .exe files. Downloading such files is essentially getting an app. APK is not commonly known to some people because most people download apps from the Google Play Store, which does not show the word APK.

It is normal to automatically download and install the APK file when you download an app from Google Play. Besides being available from the Play Store, you can also obtain APKs from alternative app stores.

The function of an APK file

Those who would like more room and freedom with their Android devices should consider installing APK files instead of the default settings.

Installing APKs manually has several benefits. Getting early access to apps is among the biggest benefits. It can take significant time for your device to receive a significant update from a Google app (like Calendar). The APK download lets you update right away and skip the wait. 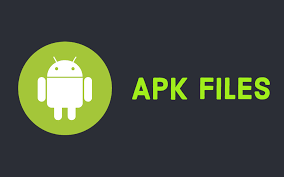 What are the contents of an APK file?

All Zip decompression tools can decompress APK files. APK files can be opened directly through the Zip application’s open dialogue box, or they can be renamed to “.zip” if you wish to explore their contents.

How do I make an APK file?

The Android Studio IDE is the official IDE for Android developers. Windows, Mac, and Linux users can create apps and prepare them for distribution services like Google Play. APK files and signing can be used when apps are ready.

How does an APK differ from an app?

What makes APKs so dangerous?

APK files can cause security problems because they install apps on your system. If an. APK is modified beforehand; then, it could act as a Trojan horse for a malicious person to install malware.

What is the best way to tell if an APK is safe?

If the developer publicly states the SHA of an app and has an APK with the same SHA, you can compare them. You’re safe if the two match.

How do apks and mods differ?

APKs are apps’ stock installer files, so they are signed by the owner and do not have any modifications by third parties. However, a MOD APK is one that any third party modifies to add new features or crack premium features.

We do offer secure mods of all the games.

APKs from trusted sources may be beneficial to users. APK files may, despite looking secure, be malicious. Therefore, a user should read some comments or reviews on an application before downloading its APK file.